Between the massifs of Gavarres and Montgrí, in the middle of the plain, stands the medieval village of Pals and extends with its rice fields to caress the sea with its dunes.

The walled precinct offers  the visitors a journey back to the medieval past. Its narrow and cobbled streets lead you to the Gothic church and to the majestic Romanesque tower. A prestigious gastronomy offers exquisite local products and we highlight our star product: the rice. 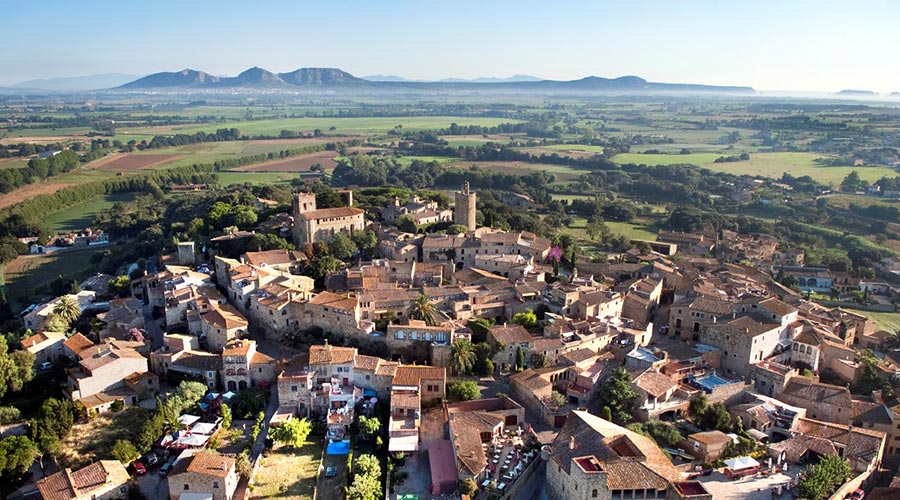 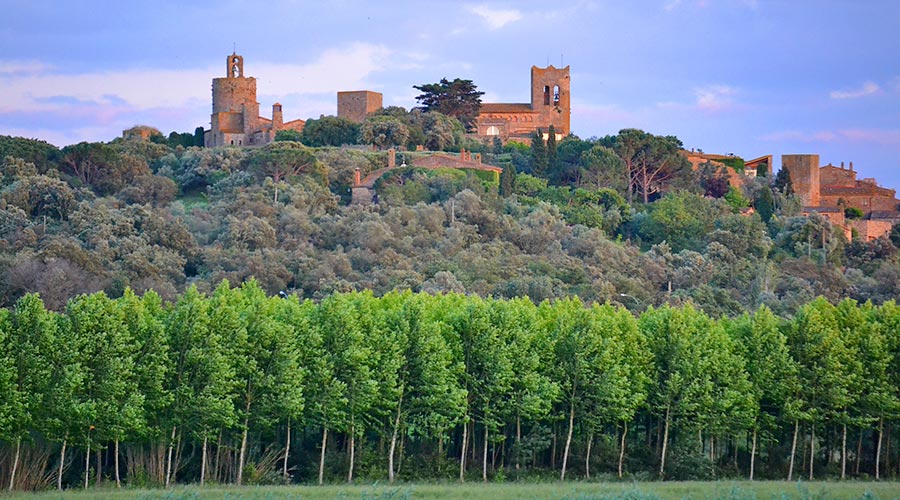 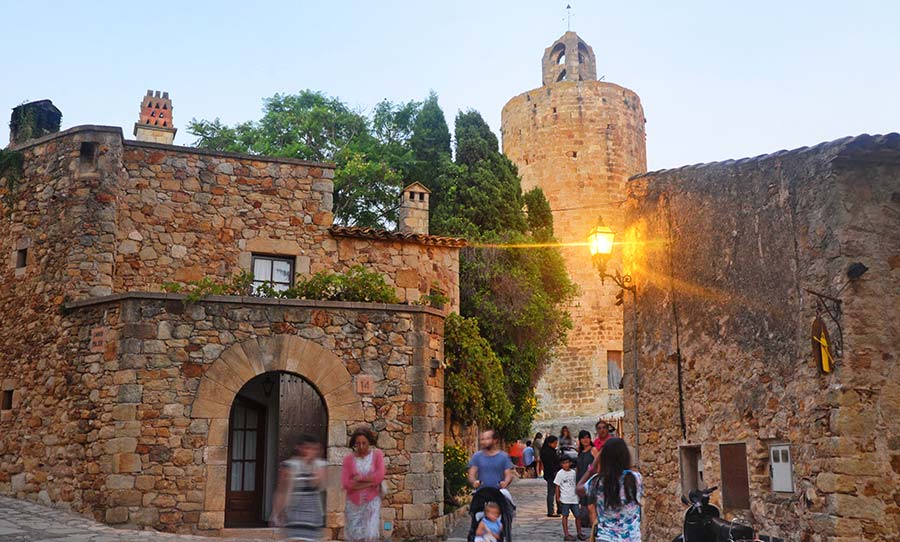 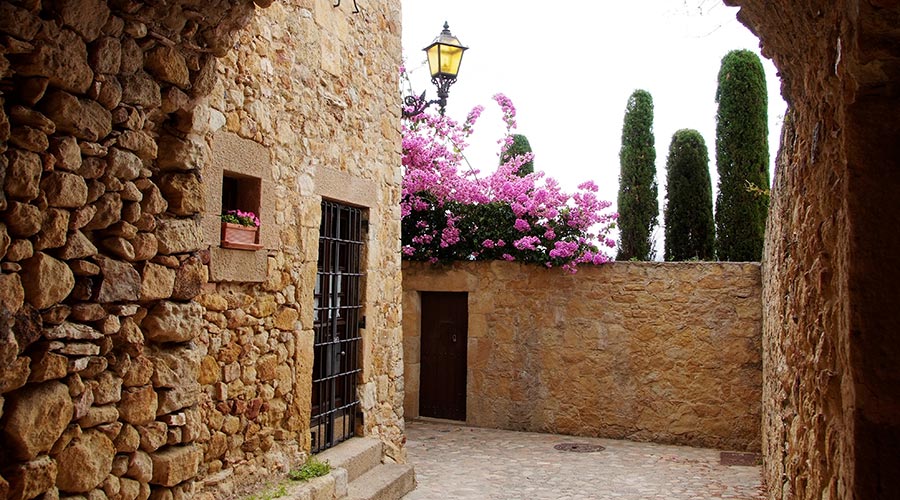 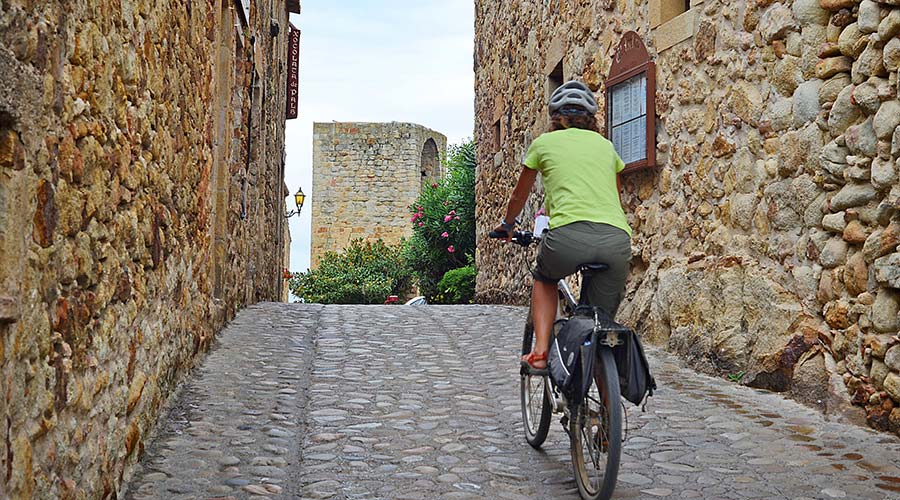 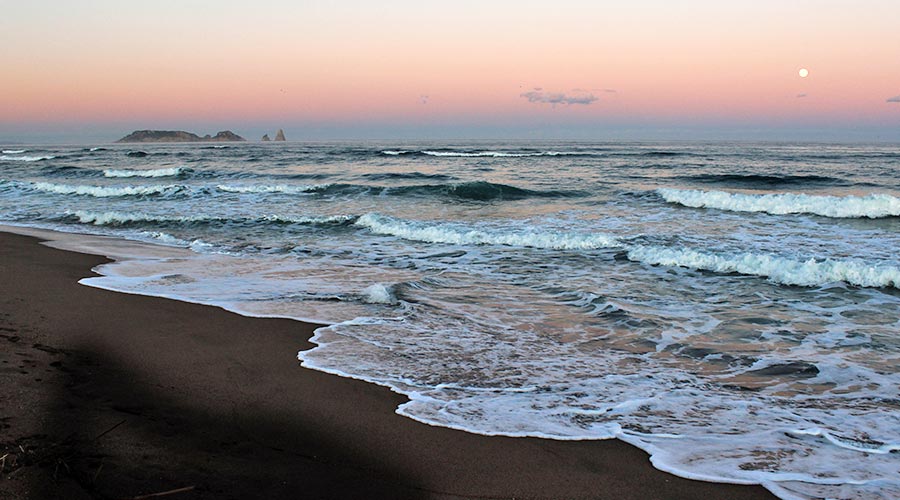 Pals is a municipality with a historic and artistic valuable heritage. Taking a walk by the walled precinct we will feel the magic of the stones, quite unchanged over time and we will find combined in perfect harmony, the Romanesque style, the Gothic and the Baroque. We will be able to admire the delicate works of the old stonemasons and blacksmith masters in the Arabesque reliefs and in the railings forged using the traditional methods. It does not matter if we already know the people, as the friend Pla said: … Pals doesn’t deserve a visit but one hundred visits … In each of them we will discover a corner where amazing details are hidden.

However, Pals is not just a walled enclosure; we will also find an interesting group of scattered farmhouses, some fortified, among them: Mas Roig, Torre Pedrissa, Cap dels Anyells, Mas Tafurer, better known as the Molí de Pals, Can Pou de Ses Garites, etc. We will also find the Torre Mora which since the 15th century has witnessed the arrival and departure of seafarers, today surrounded by a wooded area equipped with tables and benches for picnics with friends or family.

The effort of Pals to preserve its heritage has made it deserving of the following prizes and nominations:

Pals welcomes you from the distance, showing in the horizon, the silhouette of its wall around the town where the church and the majestic Torre de les Hores rise up. The Torre de les Hores, is one of the few remains that have been preserved from the old castle and an emblem of the town.

“Pals doesn’t deserve a visit, but a hundred visits, because its location offers the possibility to gaze upon one of the more beautiful, memorable scenes of the country”
Josep Pla. El meu país (My Country). Barcelona: Ediciones Destino, OC VII, 1968, p. 693

Walking along the narrow cobbled streets of the medieval town, by day or by night, in any seasons, you will be surprised by the light of the ochre and golden colours reflected on the sandstones of the buildings. On our way we’ll find the Major square, the Visigoth tombs, the church, the castle, the Torre de les Hores, the wall,… places that we’ll leave behind through our walk to the Josep Pla’s Viewpoint, from where we can contemplate the beauty and the sobriety of the Empordà Plain presided over by the Montgrí massif with the Medes Isles in the background.

Take a walk through the streets of the town, which transport us directly to the medieval times: we find vaults, horseshoe arches, and Romanesque and Gothic doorways and windows and the obvious trace of the ancient inhabitants reflected in the stone in which were carved the anthropomorphic graves before the year 1000.

NATURE AND THE LANDSCAPE

The Quermany mountain, the highest point of our municipality, allows us to admire the medieval town located on a hill called Mont Aspre, the extensive agricultural plain, the area of marshes where several species of birds nest in spring, the rice fields and the Beach with its protected dune system.

The sunsets and unique perspectives that can be observed have turned the Pals environment into the ideal scene for lovers of photography and contemplation. The orography of the terrain, smooth and with little unevenness, turn the territory into an ideal space to enjoy the traditional sun and beach and also to walk, ride horseback, go by bicycle, …

Pals with the municipalities of Torroella de Montgrí, Bellcaire d’Empordà, Palau Sator, Ullà, Fontanilles and Gualta, in the region of Baix Empordà and with L’Escala in the Alt Empordà, form the Natural Park of Montgrí, the Illes Medes and the Baix Ter.

The Basses d’en Coll, a protected area included in this Natural Park, is an area of marshes full of dunes and native vegetation (willows, elms, reed beds, reeds, etc.) with a high ecological value where rice is also grown. Meeting point and nesting for various species of birds (bitterns, kingfishers, heron, etc.), amphibians and others… is a prominent space inside this natural park. In this place that formerly corresponded to the course of the Daró River, we will find an observatory of birds surrounded by flat and pleasant itineraries.

The Pals beach is wide and sandy with unique panoramic views, ideal to enjoy with the family, for practising water sports, walking, or simply contemplating the landscape and the magnificent views with the Medes Isles in the background.

Due to its big size, it is divided into two sectors. In the north we find the beach of Grau, shallow, with fine golden sand that links on the south, with the Gran beach, gradually deeper and more granulated.

The rice of Pals is a local product certified with the seal of the Guarantee Mark of l’Empordà. It has always has had a well-deserved prestige thanks to the good work carried out by the farmers in the area, respectful with the environment.

The uniqueness of its texture and quality is due, in part, to the climate of the area. Being less warm than in other rice-growing areas, the ripening process is slower and allows the starch to settle in the grain, making the rice more consistent and difficult to overcook.

The Pals rice casserole is the most traditional, deeply-rooted dish in our land that you can taste at the restaurants in the town and, in particular, during the “Pals and its Rice Cuisine” gastronomic campaign.

The pantry of the Empordà is full of local products from the sea, the mountain, the garden… The good work of the chefs allows our cuisine to have its own identity and quality and exquisite taste. In the restaurants of Pals we can taste a wide range of dishes prepared with these products made with ingenuity and originality. 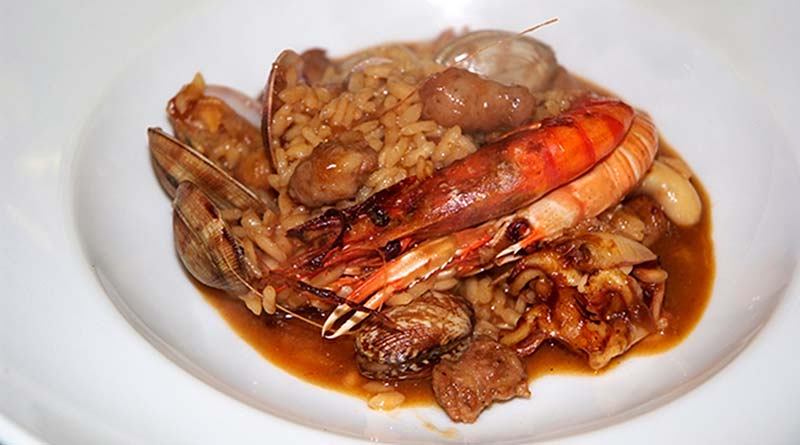 Pals is a town with a great cultural wealth that has managed to preserve its historic heritage with great skill and to convert the most deeply-rooted traditions and legends into festivals of interest for the local population as well as for visitors: the Gothic Site, the Living Crib Scene, the Traditional Planting and Harvesting of Rice, the Pals Rice Gastronomy Campaign, the Wines and Cavas of Catalonia Trade Fair, the Habanera Recitals and guided trips of diverse themes are a clear example of the diversity of places that can be visited and of the cultural activities that can be enjoyed.