Situated at the gates of the Pyrenees and surrounded by the Sierra de Laguarres, the Sierra de la Carrodilla and the Montsec de l’Estall, lies the municipality of Benabarre, guarded by its castle, its landscape and its excellent gastronomy.

The villages that together with Benabarre constitute this municipality, which since March 2021 has been part of the CittaSlow network, are Aler, Antenza, Caladrones, Castilló del Pla, Ciscar, Estaña, Pilzán, Purroy de la Solana and the “mases” (traditional farmhouse 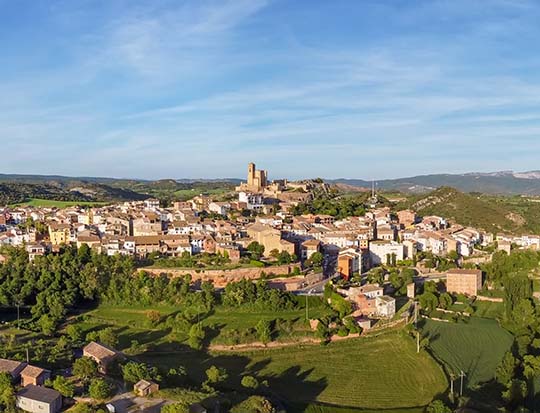 The castle of Benabarre is the most representative patrimonial element of the municipality. It is a construction dating back to Muslim origin, conquered by Ramiro I at the beginning of the 11th cen-tury. Only a few remains of that time persist; what we can see today corresponds to the extensions carried out in the 14th century, in the heyday of the Ribagorza County, of which Benabarre was the capital.

The most striking element of this castle is its old parish church, dedicated to Santa María, built be-tween the 14th and 15th century, of which only the foundations remain. Its tall, square-shaped bell tower is the most characteristic part of this fortress, and from its roof there are incredible views of the town and of what used to be the entire area of the defensive enclosure (now destroyed), which occupied about 2,100 m2.

From the top you can also see the foundations of what used to be another church, included in the castle grounds. It is in ruins, due to the fact that the stones it was made it up of were used to build another church outside the enclosure, the current church of Nuestra Señora de Valdeflores and San Miguel Arcángel.

The reflection of history can be perceived in the many architectural and artistic elements, such as dolmens and cave paintings, Gothic altarpieces, remains of other castles, chapels, churches, state-ly homes and other buildings that housed ancient traditional crafts.

The urban area with its distinguished medieval atmosphere, its winding streets that border the hill of the castle, its hidden corners full of history wherever you go, such as the street of the arch, the alley of Virrey Escala (also called the alley of “Mala Freixura”, which means “bad innards”) or the porch-es of Vergara, elements that together with the Castle, the church and the town hall, are a must of every sightseeing tour.

Moreover, the village offers a very interesting route to discover some of the lost trades rescued from oblivion; from repairing the most delicate watches to doing the daily laundry, giving proof of the skills of many people who, for generations, have worked with their hands in order to turn cocoa into chocolate, cereals into bread or milk into cheese, in short, any raw material into art.

You can visit the complete route of Benabarre’s trades by making an appointment at the tourist of-fice (as some of the sights are private they have specific timetables). The tour consists of the fol-lowing, highly recommendable sights: the oil mill, the flour mill, the ice well, “aljibe”(cistern) with its traditional washing places, the pottery workshop, the clock museum, Mas de Puybert(an ethno-graphic museum),the chocolate museum and the cheese factory. 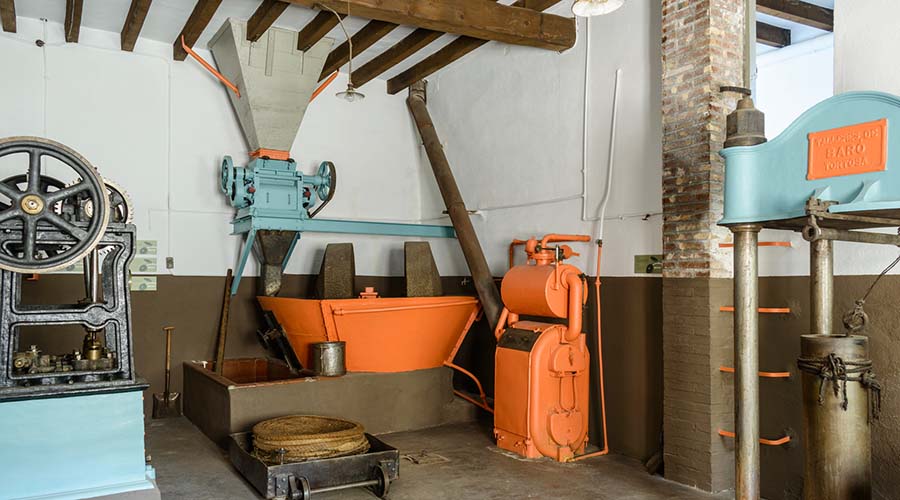 The surroundings of Benabarre are the ideal place for outdoor activities while enjoying the land-scape and nature in all its splendour. The breath-taking views of the Pyrenees from Pilzán, the lakes of Estaña or the Ciscar Gorge are some of the most remarkable places along the infinity of routes and trails that you can discover.

The lakes of Estaña form the most important complex of karst lakes in Aragon. They are also a passage and nesting area for many aquatic birds and make up an extraordinary natural environ-ment, which is included in the Natura 2000 Network as a special protection area for birds (ZEPA) and a Site of Community Interest (SCI).

The spectacular Ciscar Gorge, with a vertical drop of up to 200 m, was carefully carved into the limestone of the Upper Cretaceous period by the waters of the Cajigar River. This canyon is so narrow, that at certain points a person with his or her outstreched arms is able to touch both walls simultaneously. Seen from the air, it resembles a 1 km long, dark scar, with its own microclimate and a type of vegetation usually to be found in higher latitudes. 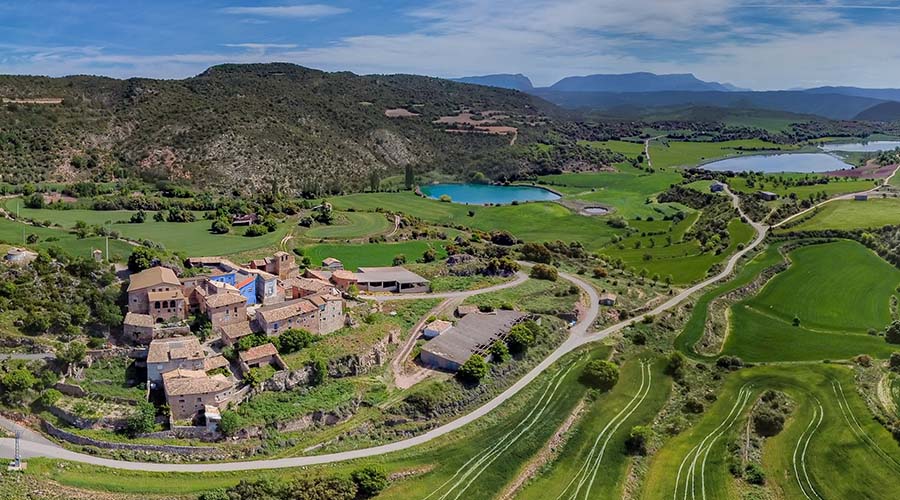 Benabarre, together with other municipalities in the region of La Ribagorza, such as Estopiñán del Castillo, Tolva, Viacamp and Literá, Puente de Montañana, Arén and Sopeira, is part of the Montsec de Aragon tourism cooperation and development project. A brand created in order to value the entire richness of these seven Aragonese villages near the “natural path from Montfalcó to Montrebei”, a unique route along wooden walkways anchored in the rock and through a gorge on the banks of the river La Noguera Ribagorzana, the natural border that connects Montsec de l’Estall (Huesca) and Montsec d’Ares (Lleida). 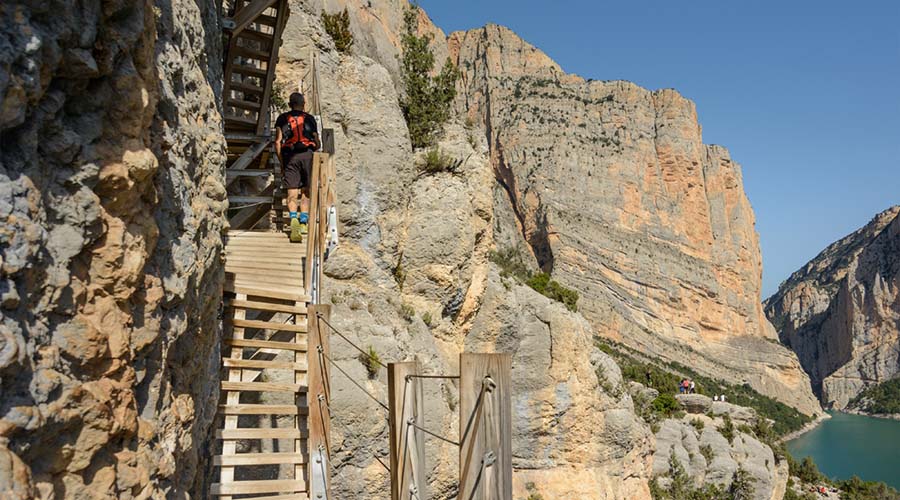 Benabarre is a destination with a slow life philosophy, rich in gastronomy, a variety of accommoda-tion and infinite routes and activities. An ideal place to stop time and enjoy the little big things of life, such as reading a book under the walnut tree of San Medardo while listening to the murmur of the water emanating from the spring, breathing the pure air at the top of the castle while imagining the stories told by its stones, naming and caressing a newborn goat or tasting an exquisite hot chocolate on a cold winter day. 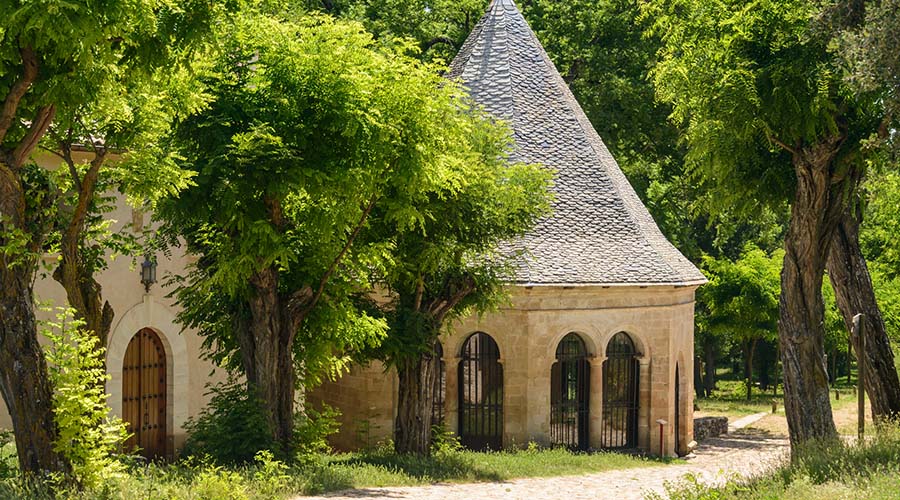 Benabarre Flavour “Benabarre Sabor” stands for the quality brand of local gastronomy, represented by the association of agri-food producers and restaurants. In Benabarre you can taste the best typical products of the land: goat cheeses from local livestock farming, walnuts, honey, chocolates, sausages and hams, craft beers, breads and “cocas” (a special type sweet or salty bread) and saffron. 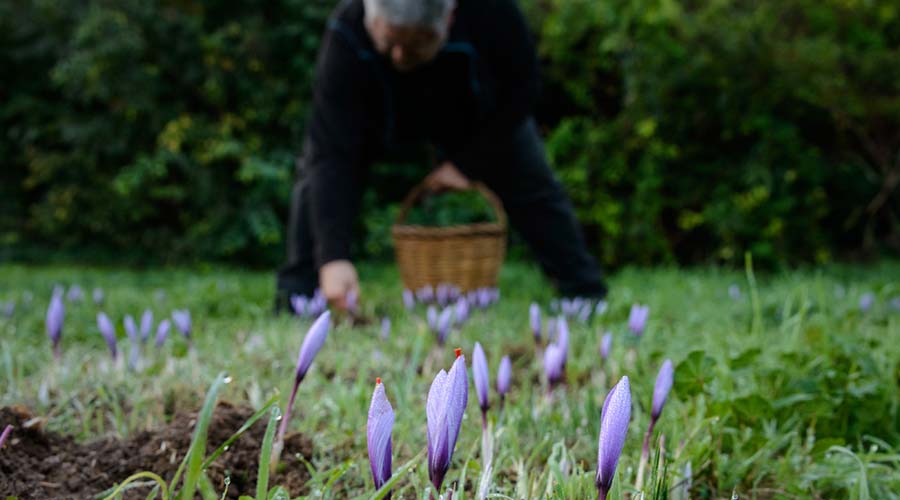 One of the city council’s main goals in defense of the popular culture of Benabarre has been the recovery of folkloric traditions, lost at the beginning of the 20th century, such as the “pastorada”, the dance of “palitrocs”, or the “Ball dels Salvatges”, as well as the creation of the school of traditional music of Benabarre in order to recover the popular repertoire traditionally performed at these fes-tive events. 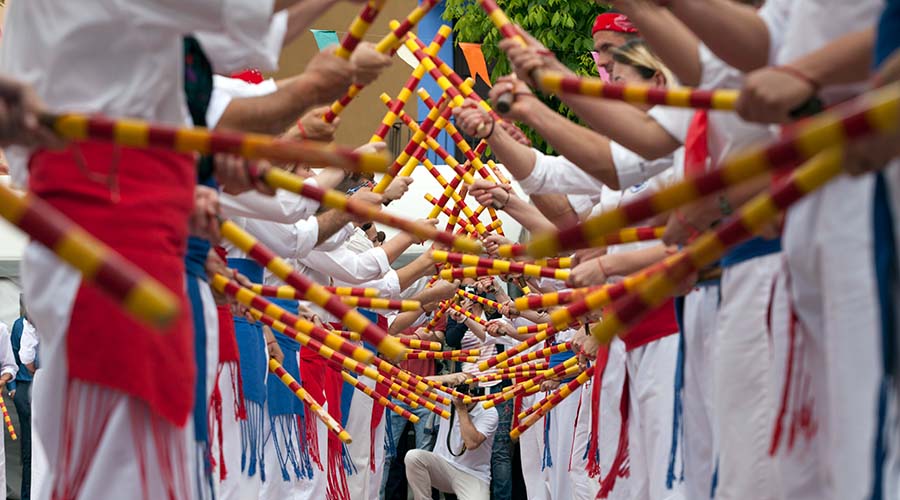 “FIRA DE SANT MEDARDO”, the weekend before the San Medardo festivities. Craft and agri-food fair that values artisans and agri-food producers, as well as the consumption of local products in rural areas.

FESTIVITIES IN HONOR OF SAN MEDARDO, June 8th. One of the most outstanding festive events in honour of the patron saint is “La Pastorada” (18th century), in which a “master” and a “shepherd” narrate the most surprising events that have taken place in the town. Other highlights are the traditional dance of “palitrocs”, a typical dance performed by villagers of all ages and ac-companied by the bagpipers of the town’s traditional music school.

“BALL DELS SALVATGES”: it takes place on the first Saturday in August, every two years. This festival of tourist interest in Aragon is a representation (originally from the 14th century) around love, with dance, music and theatre performances.

“FESTA DE LA COQUETA”: it takes place on the last Friday in August. “La Coqueta” or “Torteta” is a typical meat product from the mountain area. In this popular contest, a giant “coqueta” is made, each year with a new challenge, and of course you can taste it, as well as other local products, such as the “tapas” prepared by the chefs of Benabarre. 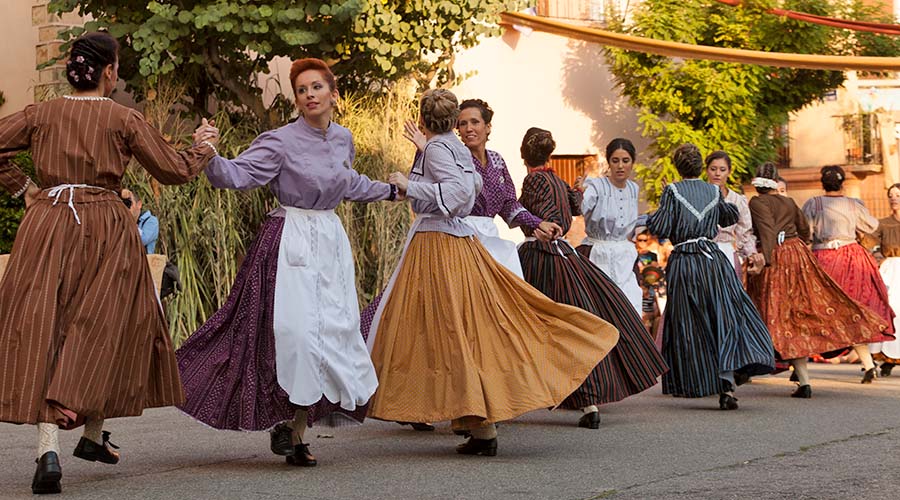